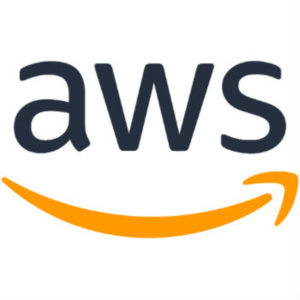 Amazon Web Services (AWS) is a subsidiary of Amazon.com that provides on-demand cloud computing platforms to individuals, companies and governments, on a paid subscription basis. The technology allows subscribers to have at their disposal a virtual cluster of computers, available all the time, through the Internet. AWS’s version of virtual computers emulate most of the attributes of a real computer including hardware (CPU(s) & GPU(s) for processing, local/RAM memory, hard-disk/SSD storage); a choice of operating systems; networking; and pre-loaded application software such as web servers, databases, CRM, etc. Each AWS system also virtualizes its console I/O (keyboard, display, and mouse), allowing AWS subscribers to connect to their AWS system using a modern browser. The browser acts as a window into the virtual computer, letting subscribers log-in, configure and use their virtual systems just as they would a real physical computer. They can choose to deploy their AWS systems to provide internet-based services for themselves and their customers.

The AWS technology is implemented at server farms throughout the world, and maintained by the Amazon subsidiary. Fees are based on a combination of usage, the hardware/OS/software/networking features chosen by the subscriber, required availability, redundancy, security, and service options. Subscribers can pay for a single virtual AWS computer, a dedicated physical computer, or clusters of either. As part of the subscription agreement,[6] Amazon provides security for subscribers’ system. AWS operates from many global geographical regions including 6 in North America.[7]

In 2017, AWS comprised more than 90 services spanning a wide range including computing, storage, networking, database, analytics, application services, deployment, management, mobile, developer tools, and tools for the Internet of Things. The most popular include Amazon Elastic Compute Cloud (EC2) and Amazon Simple Storage Service (S3). Most services are not exposed directly to end users, but instead offer functionality through APIs for developers to use in their applications. Amazon Web Services’ offerings are accessed over HTTP, using the REST architectural style and SOAP protocol.

Amazon markets AWS to subscribers as a way of obtaining large scale computing capacity more quickly and cheaply than building an actual physical server farm.[8] All services are billed based on usage, but each service measures usage in varying ways. As of 2017, AWS owns a dominant 34% of all cloud (IaaS, PaaS) while the next three competitors Microsoft, Google, and IBM have 11%, 8%, 6% respectively according to Synergy Group.[9][10]